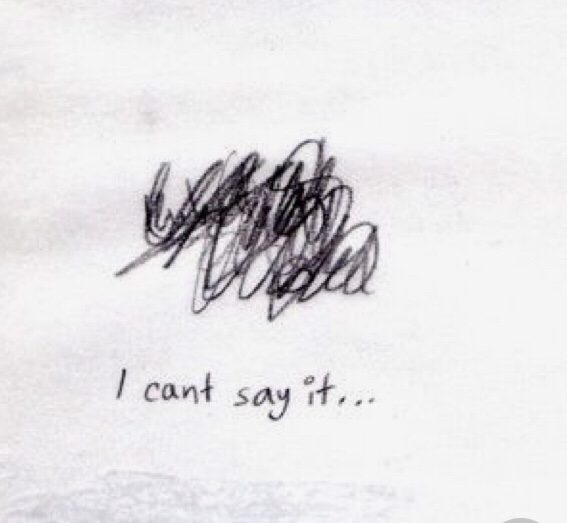 Sometimes at night, when I can’t sleep, I wonder about what I can do to change the world.

This is a little-bit ironic, because I, and many autistic people, can’t do change very well. But I would love it if I could change the mental health system in this country. I would give it some common sense.

I would start with the Crisis Team.

Over the past two-years, I have been referred to the Crisis Team several times, but I still don’t know what their job is. I don’t think they were supposed to make me feel the way they did: unsettled and inaccessible. That’s not what the internet tells me they do. They are “under-funded,” but on a human-level, the people that saw me made me feel that they just didn’t want me.

Let us take a moment to think about how dangerous that is.

Even if you are at the point of crisis, you still have to be well-enough to access the Crisis Team.

When I was with the Crisis Team, a different practitioner visited me every-other-day, at different times. I needed them to help me. Most of the time they were gentle people, who told me I could call them for help any time. But, like many depressed and autistic people, my verbal communication is poor, my confidence is low, and my anxiety is high.

You don’t ask for help when you are at the crisis-point, even if you’re not autistic.

The two separate times my friend phoned the Crisis number on my behalf, (once last year and once last week,) they took over five-minutes to access my (inaccurate) details on the computer, just to tell us to go to A and E.

It must just be me.

They promised me support that sounded amazing, but it never, ever materialised. They would come in and sit on my sofa and expect me to pour-my-heart-out, even if I had never met them before. If I didn’t, (because I was, ironically, too ill, or too sick on my anti-depressant medication), they would think me uncooperative.

They made me feel bad.

They would fill me with hope and leave me empty.

Their questionnaire process would take about twenty-minutes. Then they would go to their next appointment, regardless of my answers, leaving me in as much of a ‘crisis’ as I had been prior to the visit, if not more.

I had to re-live the past in every appointment, with every different practitioner, but nothing moved forwards except the decay of my mental health.

Two obvious questions that nobody can answer.

They were just coming round to check I was alive. One day they came at the wrong time and I was at a doctor’s appointment. They sent me a letter in the post saying that if I missed another appointment, I would be discharged from the mental health services, and would need to be referred again.

But I never missed a single appointment.

I never had a chance to know and trust a consistent care-co-ordinator, although I was promised this.

I was not able to identify my feelings, and they never changed their approach in order to accommodate this common autistic trait. The worksheets they came with were low-level and impersonal. They would ask me what I wanted from the Crisis Team, but I was too-ill-to-know, so I was discharged and ‘slipped through the net.’ They would cancel me, ring-me-up to re-organise times, places, patronise me, under-estimate me.

When you are that depressed, you cannot do it. That is what depression is. It physically attacks your brain and your body and your life. I needed them to intervene because I was in a crisis.

Why don’t they know this?

You have to be well-enough to access the Crisis Team.

You have to be able to organise appointment times on the phone, process conversations, answer the front door to let them in, drive down to the hospital when they can’t make the home-visits. When you are depressed, you cannot do these things. I couldn’t do these things. When you’re wretched, you don’t feel like you deserve to get better. You don’t deserve your medication. Your depressed thoughts and habits become so normal that you don’t even realise how dangerously-sick you are. You withdraw from all communication: you are too ashamed (or afraid) to face the truth about what is going-on because of your pride and because of other people’s judgements. Your worries might be too private, too sensitive, too deeply engrained to share with a stranger that you only-just-met, just to be written down in note-form and filed away, or passed-on to a brand-new stranger.

These are some of the more basic symptoms of depression.

Why don’t they know this?

Feeling depressed, and having depression, are two very-different things. Depression is not about feeling sad. It is an evil, life-threatening illness. You are breathing, but not living. If you are an autistic person battling depression, people just don’t know what to do with you.

As a primary school teacher I was contactable by my colleagues 24/7. I phoned the parents up to tell them everything each child did, whether it was good or bad. I made time. I did this because it was my vocation and I cared about the children’s lives.

The school system didn’t tell me to do this, it was human nature in my-line-of-work. It was my decision to do the things I said I would do, and manage my time effectively.

I never would have told one of my children that they “obviously had a learning dis” because I wouldn’t want to break their heart.

In February, following a formal complaint about my care which unearthed twenty-three separate investigations over eighteen months, I was finally assigned a care-worker who would get to know me, work with me weekly and help me to get better. The last time I saw her was in March, and she has not contacted me since. It is June now. During that time I have had my contract terminated at work because I am not better.

I wonder how my care-coordinator thinks I am.

It is a funny-kind-of crisis care.

It is lucky that I have made myself stronger, with the help of my private psychiatrist, who I see at The Red Lipstick Foundation charity, and I am now working on being my own mental health practitioner.

One thought on “Crisis.”